Who would want “vaccines on demand”? Ask the mother of a child in Cambodia.

What goes around comes around, they say. So when a mystery disease strikes Cambodia, infectious disease geeks (and mothers) like me go on high alert. Is it coming our way? What is the new disease? If it’s in Cambodia, could it be H5N1? Is it the new SARS? Here at EpiVax, we pay close attention to outbreak news around the world, because we’re working on ways to make vaccines faster and safer – practically instantaneously – based on the pathogen sequence. Making “vaccines on demand” is the concept. Crazy? We don’t think so, and we have funding from DARPA to make that concept a reality.

Meanwhile, this summer in Cambodia, at least sixty-four children at the Kantha Bopha hospital died from a sudden illness that caused seizures and trouble with breathing. Since the disease only affected children, parents (and health officials) were terrified.  Eventually, Insitut Pasteur determined that the patients had Enterovirus Type 71—a common cause of Hand, Foot and Mouth Disease (HFMD). How would we at EpiVax propose to address this epidemic? Well that’s what FastVax is all about – making vaccines instantaneously available –

that would be safe – and effective – for outbreaks like these.

It turns out that outbreaks of HFMD are not uncommon. The head of Institut Pasteur’s Virology unit, Phillippe Buchy, MD, PhD, said that the Cambodian EV-71 sequences clustered with genotype C4 strains in Vietnam and were closely related to those recently found in China –from outbreaks that are ongoing in Beijing and Shanghai. No vaccine has yet been developed –but both Inviragen and China-based Sinovac are holding clinical trials. Fortunately, most HFMD cases are mild, but some are life-threatening as parents in Cambodia learned. 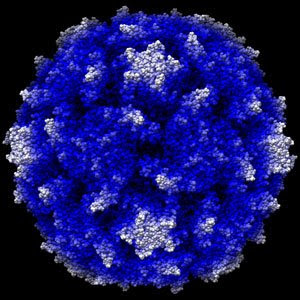 What would pacify parents of children when faced with an epidemic? Having been the parent of a small child, I know that I would want only the purest of products for my children. What does “pure” mean when it comes to a vaccine? At EpiVax, we envision such a vaccine to be composed of a series of peptides that represent sequences from the ongoing outbreak that are specific for the pathogen, and not cross-reactive with self proteins, or with other viruses. We imagine that the peptides (or gene sequences) could be easily formulated right at home, or at the patient’s bedside, for administration by mouth or in drops to the nose. Ideally, such a vaccine would completely prevent infection, but in an outbreak situation, reducing symptoms and the spread of the disease by boosting immune response is an objective that would also please parents and health authorities.

We call this type of immune response – “immune system body armor” and the vaccines we’re creating  – such as the TulyVax, the VennVax (for smallpox) and the HelicoVax are protypes of the vaccines that we are making for DARPA – the vaccines appear to effectively protect mice against live challenge from Tularemia, Vaccinia, and H. pylori, respesctively. And they feature peptides that have been carefully selected to represent the best of the sequences that are pathogen specific while having nothing that would cross-react with self. How do we do that? With the iVAX system – blistering fast computational technology for whole genome-derived vaccine design, created by EpiVax.

Meanwhile, in another corner of the world, Uganda’s Ebola outbreak is just barely under control.  All suspected and confirmed cases have been isolated and are being treated. Of 60 patients diagnosed with the disease, 16 have died and 30 are still in isolation. One of the dead is a healthcare worker. The the ministry surveillance team is still on high alert, and experts are currently monitoring 398 people who had come into contact with those killed by the virus.  Teams from the World Health Organization continue to search for unreported infections. Wouldn’t it be great if we could provide WHO workers, and the families In contact with these patients with a form of “Immune System Body Armor?  Stay tuned. We’re working on it, as fast as we can.